ARC and Sabre: Partnering to Streamline the Agency NDC Transition

ARC and Sabre: Partnering to Streamline the Agency NDC Transition

Earlier this summer, ARC and Sabre announced the signing of a forward-looking cooperative agreement to ensure travel agencies can easily align with future airline distribution strategies. The collaboration between the two organizations will provide a seamless way for agencies to report and settle transactions regardless of an airline's chosen distribution model, including NDC, and enable the continued growth of airline-agency sales.

Previously, all ARC settlement processing revolved around the use of neutral form codes. However, with the NDC-related system enhancements ARC announced last February, airlines now have the ability to leverage ARC's world-class systems to process and/or settle transactions issued on either neutral (i.e., ARC) or airline form codes. While at its surface that may not sound like a major change, it actually entails a very substantial shift in processing and operational thinking that was simply not in the market at the time when the previous agreement went into place.

In short, it sets the foundation for future airline/agency partnerships in an evolving and dynamic ecosystem.

In the coming months, ARC plans to further engage with all of its partners to ensure that these newfound advantages are available across the travel agency community regardless of the GDSs or system providers they use. ARC's goal has always been to ensure that airlines have the ability to process and/or settle transactions through ARC however they choose and that their agency partners are able to utilize existing processes and work flows to seamlessly incorporate those transactions into their operations. ARC remains committed to that objective as it helps the global air travel community connect, grow and thrive. 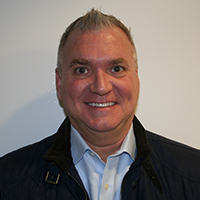