After months of hibernating and digging out from snow that blanketed much of the country this winter, many travelers look to spring break for a chance to warm up. Over the past four years, ARC data shows ticket sales for spring travel have grown steadily, up 18 percent since 2014, to the top destinations in the Caribbean, Mexico and in the U.S.

This trend is consistent with the steady overall international travel increase—a 7 percent increase year over year (YOY) in March of 2018 as compared to 2017—but the increase in 2018 air ticket purchases is particularly good news for areas challenged first by the prevalence of the Zika virus and then by devastating hurricanes in 2017.

“Travel to the Caribbean was soft the last couple of years and a major factor was the media coverage of the Zika virus, which peaked about the time spring break was happening,” said Chuck Thackston, ARC’s managing director of data science and research. “Some of those travelers probably went to U.S. and Mexico destinations in prior years, and after the hurricanes last year that travel trend is continuing.”

The increase in 2018 air ticket purchases is particularly good news for areas challenged first by the prevalence of the Zika virus and then by devastating hurricanes in 2017.

Spring travel to the Bahamas increased 24 percent while the Dominican Republic and Mexico increased 12 percent and 11 percent respectively. And while air ticket sales to Jamaica increased 4 percent, the impact of the storms are still having an impact on Puerto Rico, which saw with a 27 percent decrease in sales in 2018 compared to 2017.

Those environmental concerns may also have led to better deals for travelers in 2018 as well. Overall, average ticket prices decreased for spring travel by 4 percent. Travelers flying to Mexico this spring paid an average of $529 while those flying to the Caribbean paid an average of $641. 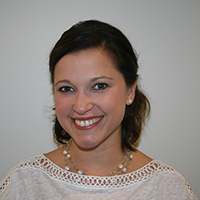