*ARC will update the analysis and the associated data on a weekly basis.

On December 31, 2019, Chinese authorities alerted the World Health Organization (WHO) about a pneumonia-like outbreak in Wuhan, a river port city in central China. This outbreak was identified on February 7, 2020, as a novel coronavirus (2019-nCoV), a member of the family of viruses that cause illnesses as benign as the common cold and as dangerous as Severe Acute Respiratory Syndrome (SARS). According to the World Health Organization, 71,429 laboratory-confirmed cases have been identified in 25 countries, 70,635 of which are in China (98.9%) as of February 17, 2020. There have been 1,775 deaths related to the disease, 1,772 of which have been in China (99.8%).

In the weeks since the initial disclosure by Chinese authorities, governments, non-governmental organizations, corporations and individuals have taken notable steps to limit the spread and additional exposure of the virus, support those who are and become inflicted, and work toward a potential cure.

According to Bloomberg, more than 60 airlines had at least canceled some, if not all, of their China-related flights as of February 14, 2020. While airlines vary in both the scope and the longevity of their cancelations, what is clear is that the industry is taking its role as a mover of people and enabler of global exchange and commerce very seriously in an effort to thwart further spread of the pandemic.

To help the global air travel community better understand this highly dynamic situation, ARC has put together this analysis. ARC will update this page weekly with new information as it becomes available.

While it is still too soon to either predict or understand the ultimate impact the 2019-nCoV pandemic will have on global, national and local economies, ARC believes that access to such information is critical for the air travel industry to make informed decisions regarding this global public health emergency.

Of note, the discrepancy between refunds and exchanges suggests a number of factors at play including the possibility that travelers are simply choosing to cancel travel rather than rebook for a later date or to a different destination, as well as the market reality of flight cancelations and the general uncertainty of the disease’s continued progression and impact. The ratio of refunds to sales for the week between February 5 and 11 is 206%, a 45-percentage point increase from the previous week. Over that same time period in 2019, the refund ratio actually declined from 12% to 9%. This week’s exchanges-to-sales ratio was 13%, only a one percentage point increase from last week. In 2019, the exchange ratio held at about 4% throughout the first six weeks of the year.

Globally, China-related sales were down nearly $2.3 billion through February 11, 2020 compared to the same time period in 2019, while refunds have increased by more than $2.2 billion. China domestic and China-outbound travel represent more than 86% of total refunds.

One factor to note regarding transaction data between February 5 and February 11: In 2019, the Chinese New Year was on February 5 with the Spring Festival running through February 10.

As of February 4, total air travel sales transactions were down in 2020 by nearly 18% compared to the same 35-day time period in 2019. Refunds had increased by more than 200% and exchanges had increased by nearly 8%. However, on a per-week basis, a 43-percentage-point increase in total exchanges (-18% to 25%) between the third and fourth weeks of 2020 (January 15-21 and January 22-28) and a 263-percentage-point increase in refunds (44% to 307%) between those same two weeks are notable. Those trends continued through week five (January 29-February 4) with exchanges rising an additional 34 percentage points to 59% more than the same time period in 2019 and refunds increasing by 297 percentage points to 604% more than the previous year.

This behavior aligns with increased public awareness of the growing pandemic. While the overall reduction in total sales transactions have yet to see the same level of impact as refunds and exchanges through week five, this will likely change and “correct” as flight cancellations take effect and individuals begin to make decisions about future travel.

Globally, China-related sales are down more than $1.51 billion through February 4, 2020 compared to the same time period in 2019, while refunds have increased by more than $1.52 billion. The majority of refund growth is for domestic travel within China at approximately an additional $1 billion over 2019 figures.

*ARC will update this data on a weekly basis.

All data is derived from Direct Data Solutions, a global air transaction dataset managed by ARC and IATA. 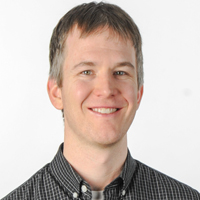 Ben Kean is a data analyst with the innovation and analytics team at ARC. When he is not exploring and analyzing data, he can be found on a soccer field or exploring new restaurants in Washington, D.C.