More than Half of Companies Benchmark Against Others

More than Half of Companies Benchmark Against Others

To assess how their own travel costs, policies and performance metrics stack up, many companies have long sought ways to benchmark against others.

More than half of companies recently surveyed for ARC by The BTN Group said they benchmark against other compa­nies in their industry or others served by their travel man­agement company.

Airfares were the most frequently benchmarked cost compo­nent on a quarterly basis, as 36 percent of respondents said they compare such figures, while 27 percent compare airfare costs of peers on an “as needed” basis.

Airfares were the most frequently benchmarked cost compo­nent on a quarterly basis.

That’s not surprising, as air costs are usually the largest component of travel and entertainment spending (typically 42 percent or more of the budget). In an earlier survey, more than three out of five respondents said their organizations had airline contracts with between one and three domes­tic airline carriers, and 15 percent of respondents reported airline contracts with four or more domestic airline partners as they sought to best leverage their
buying power and travel needs.

In that earlier survey, more than seven out of 10 respondents said they routinely measured both average ticket price, as well as average advance purchase days as key performance indicators to evaluate the effectiveness of their travel pro­grams.

For nearly 75 percent of respondents, benchmarking is done “to ensure that travel is being managed as effectively and efficiently as possible.” More than 70 percent benchmark to compare costs, while 69 percent said they benchmark to identify savings or missed opportunities. The Rise of Benchmarking

The growing importance of benchmarking is in line with other key trends reported in both ARC surveys, as well as others conducted by The BTN Group this year. Travel man­agers said they report air data to procurement, finance and expense managers, senior management and business unit budget owners more frequently than a year ago on a monthly basis.

Corporate travel decision-makers report increased pressure to deliver savings, as well as value to their travelers, manag­ers and other key stakeholders. Benchmarking is a way to compare one’s own performance metrics against others to show both the value delivered from the existing program as well as opportunities for future improvements.

In the latest ARC survey on benchmarking, 143 travel manag­ers, buyers or other decision-makers were surveyed by The BTN Group in July and August 2016. Asked to indicate their organization’s 2015 air volume, 19 percent of respondents said $50 million or more, 20 percent reported $15 million to $49.9 million, 18 percent indicated $5 million to $14.9 million, 27 percent said $1 million to $4.9 million and the remaining 16 percent said less than $1 million.

Benchmarking is a way to compare one’s own performance metrics against others to show both the value delivered from the existing program as well as opportunities for future improvements.

With ARC data solutions, corporate travel programs have the ability to gain unique insights into their travel programs, as well as benchmark with similarly sized organizations and across the corporate travel industry as a whole. Leveraging ARC’s unbiased and comprehen­sive settled ticketing database, ARC data solutions allow travel manager, procurement teams and their executives to better visualize, analyze and monitor their air travel programs with insights across spend, policy, O&Ds and airlines. 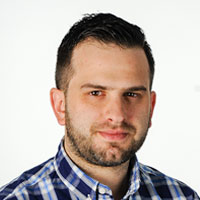