ARC is proud of the diverse and unique backgrounds of our employees throughout the U.S. On Veterans Day, we take the day to recognize individuals for their contributions to their country along with the skills and opportunities afforded to them through military service.

Please join us in celebrating the individuals working at ARC who spent time with the armed forces: Before his time at ARC, James Allen served eight and a half years in the U.S. Navy, rising to a petty officer second class working as an electronics technician onboard the USS Alaska. He spent four years on the nuclear strategic missile submarine stationed in Bangor, Washington, where he would conduct nuclear deterrence patrols at sea. He joined ARC in 2006 and currently serves as a senior financial analyst.

Prior to becoming a data reliability engineer at ARC, Larry Breit spent four years in the U.S. Air Force as an airman basic and sergeant. He joined to further his education through the G.I. Bill, which he used to earn his Bachelor of Science degree from the University of Louisville. While serving in the Air Force, he was stationed at the San Vito Air Station in Brindisi, Italy, as a Morse systems operator before finishing out his service at Hill Air Force Base in Ogden, Utah. He has been at ARC for 26 years. Jules Provencher, who currently serves as an application support specialist at ARC, is a Vietnam War veteran having served with the U.S. Army for eight years between 1967 and 1975. He was stationed in Vietnam from September 1970 to October 1971 before finishing his service as a tank gunnery instructor at Fort Knox, where he was a staff sergeant. He has been at ARC for 26 years. Matt Speer served six years in the U.S. Marine Corps and 14 years in U.S. Army, entering service as a private first class and retiring as a captain. During his time in service, he held positions in the military police in Iraq and Afghanistan, then later as a communications officer and commander of a cyber protection team for the U.S. Army Cybercommand. He originally joined ARC in 2016 before briefly leaving for 18 months and coming back as a penetration tester in 2018.

To the veterans working at ARC and those all over the U.S., ARC thanks you for your service. 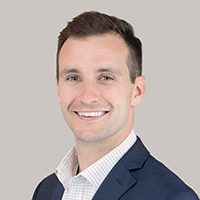 Randy Spoon is a media strategist at ARC, responsible for finding media opportunities and creating content strategies that align with ARC’s brand and mission. He brings a depth of knowledge and experience to this role, having worked with airline companies and organizations throughout his career.